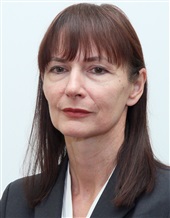 Born on 20 September 1967 in Osijek. Graduated from the Doctoral School of the University of Osijek - postgraduate doctoral study programme in European Studies. Holds a PhD in Economics.

Deputy Club of the Croatian Sovereigntists

Deputy club of the Homeland Movement