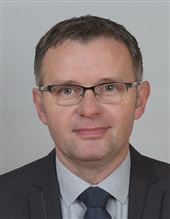 Born on 10 December 1969 in Nova Bukovica. Graduated from Zagreb Faculty of Mechanical Engineering and Naval Architecture.

Deputy Club of the Croatian Party of Pensioners, People's and Civic Engagement Party and independent MPs