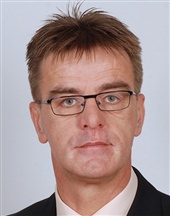 Born on 26 May 1966 in Trier (Federal Republic of Germany). Graduated from the Faculty of Economics, University of Split. Having completed a postgraduate specialist programme at the same Faculty, he acquired the qualification of University Specialist of European Economic Integrations.